Colfax on the Hill, Inc 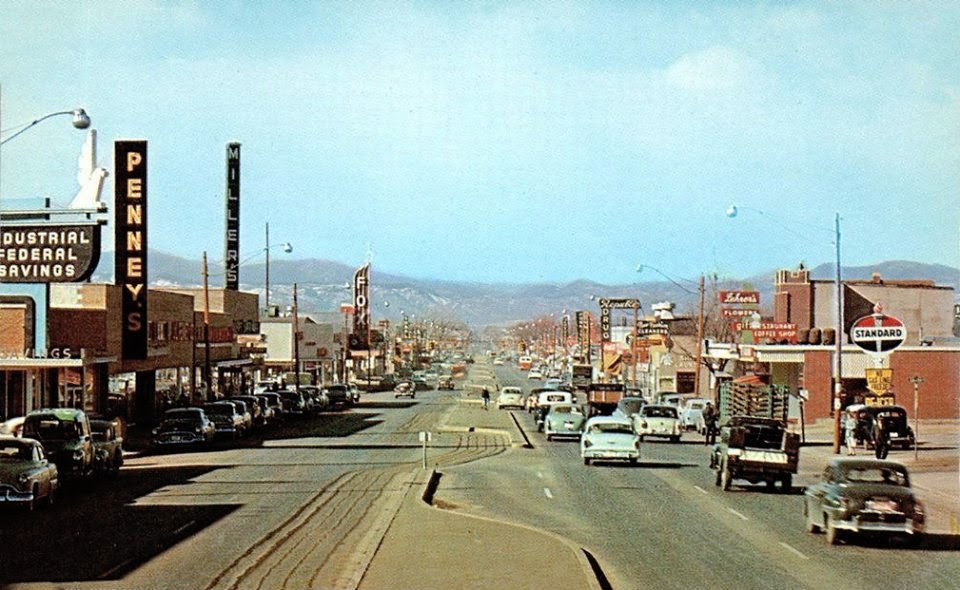 As the longest commercial street in the country, Colfax Avenue has a rich history that dates back to its roots of linking miners to the Rockies in the 1850's. Colfax's fortunes changed when Interstate 70 was constructed in parallel, siphoning off traffic and turning a historic middle class Main Street into an economically distressed corridor. The poverty rate for African Americans and Hispanic along Colfax approaches 30 percent.

Colfax on the Hill, a volunteer business association comprised of property owners, business owners and managers, and community leaders, is working to restore the corridor by creating a street that is friendly to walking, biking and transit, and that bustles with people and commerce. This vision for a restored Colfax Avenue stands in conflict with its role as a major east-west automobile thoroughfare. Colfax on the Hill requested technical assistance from Livability Solutions to help reconcile these competing priorities for Colfax Avenue. The National Charrette Institute (NCI) and Reconnecting America (RA) were designated to provided technical assistance.

A two-day workshop was structured utilizing NCI's Project Startup Intensive format. Among the workshop participants were city council members and representatives of the City's planning, transportation and economic development agencies. Participants spent the first day authoring a 20-year vision for Colfax Avenue and identifying obstacles to achieving that vision. Concurrently, a smaller group was working on a proposed action plan for implementing the 20-year vision. The second day of the workshop was spent presenting and finalizing the action plan that focused on the East Colfax section (Bluebird District) of the corridor.

The action plan focused on what actions Colfax on the Hill and other stakeholders could undertake in the short-term to affect change in the Bluebird District and validate strategies that could be applied throughout the corridor. To ensure the widespread benefits of the technical assistance other Colfax business improvement districts and community associations were invited to participate. Workshop materials and plans were shared with stakeholders who were not able to attend.

After the workshop Colfax on the Hill established a relationship with the Colorado Department of Transportation.

A public safety symposium was held six months after the workshop to discuss panhandling, crime and homelessness along Colfax Avenue.

Colfax on the Hill formed a grants committee to track and apply for funds to implement the action plan.

In 2016, the West Colfax, Colfax, Bluebird and Colfax Mayfair improvement districts, which represent 9 of the 10 miles of Colfax Avenue in Denver, formed the Colfax Collaborative to plan for and fund pedestrian safety improvement in the corridor. Improvements will include better sidewalks and crosswalks, streetscaping and curb extensions.